Does Anyone Hear My Cries?

Does Anyone Hear My Cries?!

In honor of Suicide Awareness Day I wanted to post a picture that I found on one of my Twitter followers page. I think it says a lot. Do we even know our children? 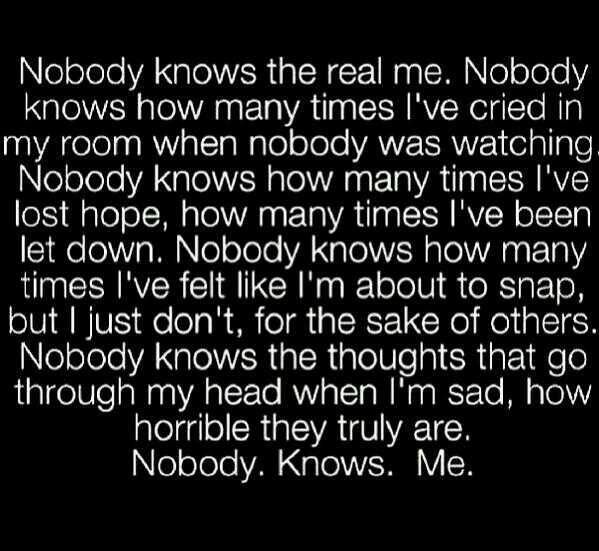 We can not turn a blind eye to our children's pain. We can not continue to pretend it doesn't exist.  Just on twitter alone there are thousands and thousands of teens between the ages of 14-17 both male and female that are suicidal/self-harmers. A tweet I read the other day said "twitter knows more about me than my own parents do" and another tweet "Suicide; Everyone pays attention once it happens. It's the signs before it that go unnoticed." Their pain goes un-noticed, their cries go un-heard. Last year there were 713,000 emergency department visits for self-inflicted injuries and 38,364 parents buried their children because of suicide. A number that could have been prevented, a number that should have been prevented. What are you going to do?